Home » Mobility » Cars » Hydrogen Fuel Cell Cars: What Are They?

Hydrogen Fuel Cell Cars: What Are They? 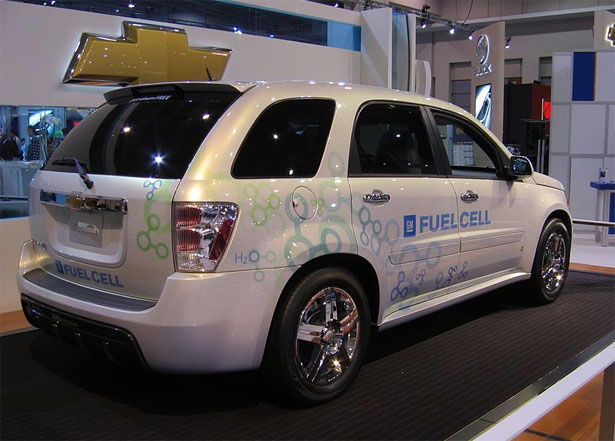 If you’ve recently heard about hydrogen fuel cell cars and don’t really know what they’re all about, you have come to the right place. Since research hasn’t been particularly funded in most developed countries, other than Japan, very few people have a clear understanding as to what the big fuss is all about and why they are beginning to set a trend for years to come in the transportation sector.

Read on to find out more about this relatively new technology and see how long it’s going to take you before you get on board with the whole fuel cell cars idea.

In simple terms, fuel cell cars are just like any conventional car, only they run on hydrogen and electricity. Using hydrogen gas, fuel cells are able to convert the chemical energy from the hydrogen and the surrounding oxygen directly into electrical energy, with no trace of tailpipe pollution left behind.

Because they’re powered entirely by electricity, these cars belong to the category of electric vehicles (“EV”), though they are different to most given a few of their practical features that we’ll discuss below.

The main characteristic of this type of vehicle is the ability to generate energy without leaving any trace of pollutants in the air. Furthermore, they are able to cut emissions by over 30 percent compared to gasoline-powered cars.

Another feature that should be taken into account when considering a purchase is its convenient refueling. Unlike other electric cars, fuel cell vehicles can be refueled with the same practicality as most cars. Just pull up at a hydrogen refueling station, pump the pressurised hydrogen for about 10 minutes until the tank is full and you’re quickly on your way. The average efficiency is also similar to that of gasoline, as these cars can go for an average of 200—300 miles with a full tank.

Just like other EVs, fuel cell vehicles have the feature of idle-off, which allows them to shut down the cell when the car is standing temporarily still, saving energy and eventually money.

Though using hydrogen to fuel the car is less polluting than using gasoline, that hydrogen still needs to be acquired and generated from somewhere.

The main process that allows to produce it right now is electrolysis, which consists in splitting the hydrogen from the oxygen particles in the water to then pressuring the hydrogen to high pressure to liquify it. This requires a lot of energy and as such, producing it in high quantities could ultimately be extremely inefficient, seeing the amounts of electricity needed to carry out electrolysis.

Elon Musk, the innovative mind behind Tesla, seems to agree with this idea, stating that hydrogen fuel cell cars are “extremely silly”. Unless it was possible to use solar or wind energy to produce liquid hydrogen, the whole idea can’t be considered entirely renewable.

Moreover, two-thirds of the hydrogen is derived from fossil fuels, including natural gas, meaning environmental pollution is still part of the equation.

Lastly, fuel cell cars are still not very popular in the market and as such, the amount of availble hydrogen refueling stations is very minimal, limiting the use of these cars to only a few major cities.

As previously mentioned, fuel cell cars don’t emit pollutants into the air. In fact, the only byproduct they leave behind are water and heat.

Being torn between hydrogen fuel cell cars and electric cars is understandable, as they both have interesting features that could help you lead a more eco-friendly lifestyle without losing any points on the looks factor.

The central characteristics is the fact that neither of them generates tailpipe pollution; however hydrogen fuel cell cars require a manufacturing process that involved greenhouse gas emissions, making them the less desirable option, considering electric cars run entirely on clean and renewable energy.

Nonetheless, hydrogen fuel cell cars are more practical, as refueling them is as easy and convenient as their gasoline-powered counterparts; electric cars that run on battery need to be plugged in for longer periods of time, rendering most situations less than ideal.

A final point of comparison is the efficiency of their energies. While hydrogen fuel cell cars can go for up to 300 miles with a full tank, electric vehicles can only run for up to 200 miles on one full charge.

While the Western world was busy with politics and new trends in fashion, Japan and Korea got down to business with the technology that would allow us to get around safely while being environmentally conscious.

Launched earlier in 2017, the Korean automaker Hyundai unveiled a fuel cell SUV, the next generation to their previous Tucson model, which is claimed to have a range of up to 360 miles per fillup.

Also launched this year is Honda Clarity. Loaded with tech features such as lane-departure warning and automatic breaking, this sporty car is a tough competitor for Hyndai. Though performance wasn’t a priority, the car was mostly done with eco-friendly comfort in mind, featuring suede made from recycled plastic and a zero-to-60, to name a few.

Japan’s Toyota didn’t fall behind. At 670 horsepower and an acceleration that resembles very much that of a small diesel with great torque, the Mirai model knows how to save you a headache or two. When the car reaches a certain minimum in battery life, the cell sends electricity to top off the nickel-metal-hydride battery for it to last another long while without needing to recharge it.

Though one would think that these new tech toys would come decorated with a steep price tag, the truth is that the numbers are much lower than expected.

Here are the current prices (in the US) for the previously mentioned models:

Published by Carla Cometto on 10 Ottobre 2017