How to Produce Hydrogen from Water 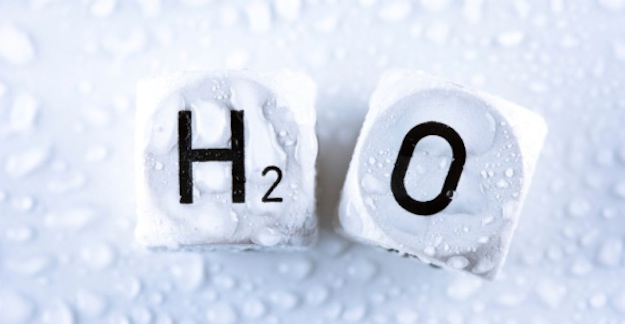 We are still far away from that which we define “hydrogen economy”. Of course, hydrogen can be a great source of energy, but there are still may boundaries to overcome, especially when talking about production and storage. In Italy, there is currently only one commercially available hydrogen car (the Toyoto Mirai), while in Germany there are some examples of wind farms that use hydrogen as an efficient method of stockpiling energy.

Hydrogen can be extracted from hydrocarbons and from fossil fuels, but for producing clean hydrogen, we can take advantage of water, by means of biological production (using microorganisms, algae, bioreactors…), by means of heat (thermolysis), or using electricity (electrolysis). Among the previously listed methods for producing clean hydrogen, the use of bioreactors is the most efficient. To produce hydrogen from water using electrolysis or thermolysis, it is necessary to invest energy and the energy (and environmental) balance is not always favorable!

How to produce hydrogen from water at home

If you are enthralled by chemistry, this experiment is perfect for you and it will allow you to produce hydrogen at home, starting with water.

Before proceeding with the action, it’s better to take great care: some of the elements used in the experiment to produce hydrogen at home can be very dangerous.

Hydrogen is the first element of the periodic table; it cannot be created from nothing, but must be “stripped” from water. In fact, even at home, we can produce hydogen, taking advantage of a reaction in aqueous phase. What do we need for the experiment?

In this experiment, we will make sodium hydroxide (NaOH) react with aluminum (Al), in the presence of water for the production of hydrogen.

The first thing to do for producing hydrogen at home is to pour two spoons of NaOH into the glass bottle.

Take a piece of aluminum foil approximately 1 meter long and roll it up. Once it is orderly folded, insert the aluminum in the bottle. Don’t worry if most of the aluminum does not touch the sodium hydroxide, the reaction will begin anyway.

Fill a third of the bottle with water and watch the reaction begin. The reaction time can be long, everything depends on the source of sodium hydroxide that you have used (if you have used pure caustic soda, drain cleaning products, or other sources).

Once the reaction begins, the bottle should become warm and begin to release smoke.

To collect the newly produced hydrogen gas from water, you will need the balloon. Put the balloon over the upper portion of the bottle, do it just after pouring the water. The reaction times vary with the concentrations of reactants, sometimes it’s necessary to wait more than 10 minutes, so be patient.

Before taking your balloon filled with hydrogen, put on gloves and tie it with the classic knot. Remember that hydrogen is used to fuel cars, so it is flammable. If you want to explode it, do it outside using a match attached to the end of a broomstick with tape. Grab onto the other end of the broomstick and bring the match close to the balloon to obtain an explosion. Be very careful!

In the previous experiment, we have seen how to produce hydrogen from water using easy to find reagents. Researchers, chemists, and geneticists are concentrating their energies on finding microorganisms that are able to synthesize hydrogen from diverse substrates, in Italy much work is being done on organic wastes as a source of hydrogen.

A clean technique for the production of hydrogen from water involves using heat and catalysts that are able to divide the two atoms of hydrogen from that of oxygen. An effective approach for the division of water molecules could bring a relatively cheap and clean method to produce hydrogen up to a large scale, without the use of fossil fuels.

Electrolysis is a costly process that requires large quantities of electric energy; for this reason, chemists are moving towards thermolysis to produce hydrogen from water. Regarding thermolysis, many solutions are to be avoided because they produce toxic or corrosive intermediates and need high temperatures. Currently, the most promising thermolysis process involves the use of a relatively low-temperature environment and the use of manganese oxide as a starting point. In this way, it is the reaction itself that produces the heat necessary for splitting the water. This experimental approach for the production of hydrogen from water has been put in place by the chemical engineer Mark Davis, professor at MIT, Massachusetts Institute of Technology.

Researchers are making strides towards the clean production of hydrogen (when talking about electrolysis, they aim to produce hydrogen using electricity produced by a solar or wind plant) and there has been progress and experimental processes also on the frontier of stockpiling. Among the most innovative solutions for storing hydrogen are carbon nanotubes. This solution for stockpiling hydrogen is based on the fact that some metals absorb hydrogen gas and subsequently release it. An intelligent and practical form of hydrogen stockpiling, it requires the use of carbon nanotubes that allow hydrogen to be freed even at room temperature and moderate pressures.