How to get rid of roaches 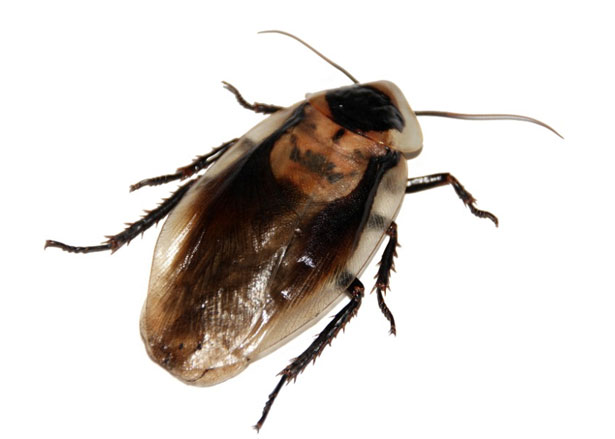 How to get rid of roaches – If there’s one thing that most people are scared of or disgusted by, it’s roaches ( cockroaches ). The dark little fast creatures that can sometimes sneak into your house and give you a fright, as you look behind the trashcan or near a window, are the subject of many nightmares and many problems. With over 3,500 existing species and numerous health risks that they represent, it’s wise to get informed and know the how-to’s in case you ever encounter the problem in real life.

Cockroaches (or simply roaches) are commonly between 0.5 and 3 inches in length. The antennae don’t count, though they are a feature useful for identification. They are generally brown to black in colour, except for when they molt and shed their exoskeleton — in that case, they become almost white for a few days. They are oval shaped, with a somewhat flattened look, and some of them have wings, even though only few of them can fly.

In terms of behavioural features, they are quite interesting beings. They spend 75% of their time resting and can withstand temperatures as low as 0 degrees Celsius. Even more bizarre, is the fact that they can live up to a week without its head. That’s because they possess a circulatory system and little holes on both of their body segments that allow them to breathe without having to depend on their mouths. Thus the only reason they die is dehydration.

When it comes to food, they can survive up to one month without it! Furthermore, they can hold their breath for up to 40 minutes and they can even survive underwater for half an hour, so your idea of throwing water at them might not be the best solution for your problem.

Roaches can cause serious health issues to us humans. Because they are dirt-loving creatures, they crawl around decaying matter most of their time, picking up dirty on the spine of their legs, which can be transferred to humans through food contamination. This can then result in infections such as E. coli and Salmonella.

At the same time, as they crawl around your house, they are very likely to drop saliva and shed skin containing potent allergens known to trigger allergic reactions and aggravate asthma symptoms, particularly in children.

Roaches are omnivore, so they feed both on plants and meat. They are not very likely to eat human flesh, however it’s not impossible. In cases where food sources around them are limited and the number of their population is large, they have been documented to bite of fingernails, eyelashes, feet and hands. Ideally, pest control would be contacted as soon as the situation seems to be getting out of control.

The most serious cases of humans being bitten by roaches has been reported on ships. In a few cases, the roach population grew so much that they ended up gnawing the skin and nails of sailors, with some of them having to wear gloves to prevent being bitten at any time of the day. Quite a scary situation.

Even though there are approximately 4,000 species around the world, there are three common types that keep showing up around us.

This type of roach is very small, averaging between 0.5 and 0.6 inches long, a characteristic that distinguishes from most other species. They are tan or light brown in colour and they have dark, parallel lines that go from behind their heads down to their wings.

German roaches thrive in moist and warm environment, making them likely to be found in kitchen and bathrooms, around sinks and stoves. They feed on a vast range of food, however they prefer meat, grease and starchy foods.

This species are a bit longer than its German relative, with a common length of 1.5 inches. They are brown, with a tint that can be either more red or dark and they have wings the length of their bodies.

The American roach is generally found in warm and dark areas, such as basements and attics, as well as floor drains and sewers. They too eat almost anything, but they have a preference for garbage and plants.

These roaches reach an average length of 0.5 inch in their adult life. Males are usually of a tan colour, while females tend to be darker. They both possess wings, however only males can fly if disturbed. Furthermore, they both have light-coloured bands that go across their wings and abdomen.

Just like most common species, they enjoy warm, indoor areas, and tend to hide behind anything that can provide them with heat, such as furniture, TVs or refrigerators. However, unlike the German and the American roaches, they don’t look to crawl exclusively in moist areas, as they can move to find water provided there’s a source in the vicinity. They too, prefer starchy foods, but they also enjoy glue — the type found on envelopes and stamps. As a consequence, they are commonly found in offices, kitchens and sometimes even hospitals.

There are several bugs that resemble roaches and in order for you to be able to carry out their extermination, it is necessary to know beforehand what kind of pest you are dealing with. Here are two examples of the most common look-alike insects:

June bugs are incredibly similar to cockroaches. They look identical at first glance, but after a little bit of careful observation, the difference will be noticeable. June bugs are generally harmless and unable to infest your house. They eat a mostly vegetarian diet and don’t carry diseases. They lack a good sense of direction and they are often flying into things. It is very common to stop them outside in gardens or parks near light poles and lamps. So although they are very similar to roaches, these little insects are more annoying than they are dangerous.

Water bugs are often mistaken for cockroaches and vice versa. Though they look very similar to one another, they are two completely different species. While cockroaches can survive in water, they aren’t particularly fond of it. Water bugs, as the name suggests, are aquatic insects and can easily swim. An easily noticeable feature is their number of legs: water bugs have two pairs (one smaller than the other) and cockroaches have three pairs. It’s their similar colours and flattened oval shape that makes it easy to get them confused.

How to get rid of roaches

Pest control and management are essential for preventing those little beasts from ruining your life. It’s possible to get it done professionally or naturally, though this last option may take a bit longer. The advantage of doing it the natural way is less exposure to toxic chemical and less likelihood of the problem reoccurring. The following are a summary of the steps you should take in order to put an end to cockroaches infesting your house:

Published by Carla Cometto on 21 Agosto 2017