Home » Green Living » Recycling » Bioplastic, Everything You Need to Know

Bioplastic, Everything You Need to Know Bioplastic: definition, advantages and disadvantages, types of bioplastic and applications. Objects made with bioplastic, how bioplastic is made and analysis of the pros and cons.

Index Hide
1 Bioplastic, definition
2 Biodegradable Bottles
3 Objects Made with Bioplastic
4 Not all Bioplastics are 100% Biological
5 Types of Bioplastic
6 Bioplastics, Pros and Cons

Bioplastic, according to the definition given by European Bioplastics, is a type of plastic derived from primary renewable materials such as corn starch, wheat, milk, and tapioca.

For those who are looking for a more technical definition, we can say that bioplastic is a polymer from biological origins derived from biomass or produced starting from organic monomers.

Bioplastic is in contrast to plastics derived from fossil resources.

Biolastic has the ability to decompose within a few months, while traditional plastic requires millennia to degrade.

On supermarket shelves, the so-called “Bio Bottles” are widespread. They are a type of bottle made from biodegradable plastic.

The role of bioplastic packaging for the food industry is of crucial importance, not only for respect of the environment, but also for food safety

Food that comes in contact with plastic from petroleum sources can end up being contaminated.

Beverages, in particular, with the passing of time, absorb toxic substances from packaging materials. To get an idea of the impact of this phenomenon, just think that for mineral water contained in PET plastic bottles, the expiration date is not so much for the beverage itself, but for the plastic packaging. 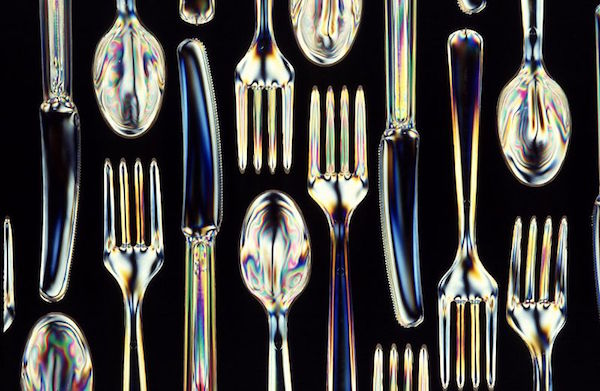 Objects Made with Bioplastic

Any object made with the current synthetic plastic can be reproduced using bioplastic, which generally respects the environment more by consuming less energy during production, and is surely more sustainable when thinking about disposal.

The bioplastics industry is in constant expansion. Its premise is that all objects that can be produced with conventional plastic can be reproduced using bioplastic. Innovative cross-linkable and expandable polymers have been developed that allow the production of superlight objects with outstanding physical and mechanical characteristics; these organic polymers (bioplastics) could be widely used for the production of sporting shoes.

Not all Bioplastics are 100% Biological

The content of organic material in a bioplastic can vary in terms of percentage. Sometimes, a petroleum-based product can be mixed with renewable raw materials.

For example in the Bioplastic Apilon 52 Bio, produced by the Italian company Apinat, the content of primary renewable materials is up to 70% and it offers the same characteristics and quality as traditional TPU derived from completely synthetic materials.

The production of bioplastic from exclusively renewable resources represents a contribution to climate protection, since the greenhouse gases, in particular carbon dioxide, are reduced compared to using synthetic raw materials.

As we saw in the initial definition, with the term bioplastic we identify an immense family of biological polymers. It follows, then, that we are talking about a disparate number of organic materials. Such materials, although from organic derivation, are not always friends of the environment. In this paragraph we will list the various types of bioplastic. Since we are talking about a sector that is constantly expanding, no list can be considered complete!

The advantages linked to the use of bioplastics are many, but there is still an environmental debate.

The factors to consider, when talking about bioplastics, are: