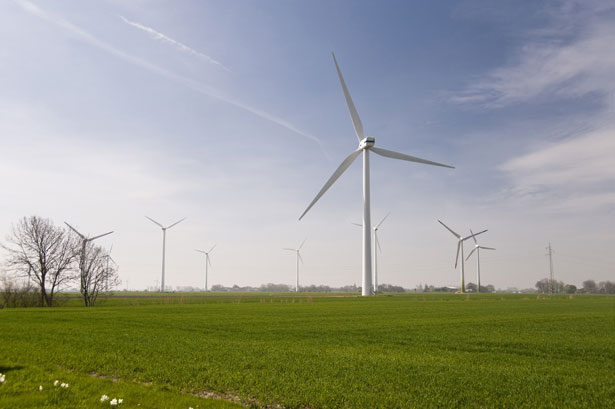 What is wind power?

Wind power is nothing new. For centuries, windmills were used in different parts of the world, including most northern European countries, such as the Netherlands and Scotland. However, their  main use was for grinding grain and pumping water — nothing like what they’re used for today.

Different in every shape and form, modern wind turbines use the natural air flowing through them and converts it into mechanical energy that results in electricity.

Nowadays, wind turbines look nothing like their old relatives. They are composed of a steel tubular tower that is generally 25 meters tall or more, and three blades sitting atop, which constantly move to capture natural wind that serves as the “fuel” to power anywhere between one to hundreds of homes.

Thus, it’s easy to understand the connection between certain countries reputation for their almost-perpetual windy state and the presence of wind farms, which are nothing more than multiple individual wind turbines connected to the electric power transmission network.

How does wind power work?

In simple terms, the way a wind turbine works is just the opposite of a fan. While the fan uses electricity to make wind, a turbine uses wind to create electricity. The large rotor blades on the front are what it’s called the “turbine” part. The blades have a curved shape and they are connected to a generator. When the incoming wind blows through them, the blades spin around and the kinetic energy from the wind is transformed into mechanical energy or electricity.

Anemometers and wind vanes in the turbines provide measurements of the wind speed and its direction. Thanks to these measurements, it is possible to rotate the top part of the turbine to face into the direction of incoming wind for it to capture the most energy possible. In case of strong winds and storms, as well as in case of maintenance work, brakes are applied to stop the blades from turning.

The electricity produced by the generator goes through a transformer that converts it into 50 times higher voltage in a way for it to be transmitted more efficiently to the power grid or the neighbouring buildings.

As you could expect, the faster the wind blows, the more energy is harvested. But because wind speed is variable, linking multiple wind turbines into large farms and then linking these farms altogether, makes it possible to get a more steady supply of electricity throughout the year.

Down below, this article will look into the pros and cons for you to consider before investing in wind energy.

Generating energy from the wind doesn’t require destructive chemicals and doesn’t emit                       green gases into the atmosphere. As a consequence, it weakens our dependance on fossil       fuels, which are sometimes outside the nation, require drilling, fracking, mining and                  transportation. Thus it saves time, money and keeps the environment clean.

Wind is free and unlimited. It’s a renewable and sustainable asset that’s becoming cheaper        and cheaper to deliver and particularly popular in areas that get a lot of wind all year round.

There’s no need to possess a wind turbine in the backyard to power your house. It’s enough to buy the power from a service organisation that offers wind energy for the preferred area, meaning that as long as there are wind turbines in your area, you will always get wind energy.

According to the U.S. department of energy, wind energy has seen an impressive growth in the last decade, with its power capacity increasing by 30% per year. As of today, wind energy accounts for approximately 2.5% of the total worldwide electricity production and is only going to keep growing.

Agricultural lands and even existing farms can have wind turbines installed on them, bringing a benefit not only to the entire community in terms of cheap energy, but they can represent a source of income for the farmers who have them as they can charge other farmers for the use of their land for electricity generation.

Relying on wind to generate a constant flow of energy is not feasible or realistic. Wind is unsteady and unpredictable, and causes wind turbines to function at approximately 30% capacity. Furthermore, if the area is subject to frequent storms, the wind turbines will be prone to more damages.

Not only are wind turbines difficult to install, they also produce noise pollution, with a sound that can be about 50 decibels. For some, they are just not aesthetic and would rather rely on other sources of energy to save the landscape.

As expected, the cost to build a wind turbine is very high and repairing it can be just as expensive and troublesome as the supplies and replacement pieces could be hard to find in certain places.

Wind turbines require space and sometimes it means eradicating large areas of forest for them to be set up, contradicting its features as “green” energy.

As one could expect, the blades of the turbine could represent a real danger for birds and any other flying creature that’s common in the surrounding area. Furthermore, the edges of the wind turbine can also be dangerous for natural life and even humans.

Published by Carla Cometto on 28 Luglio 2017