Garbage Island In The Ocean 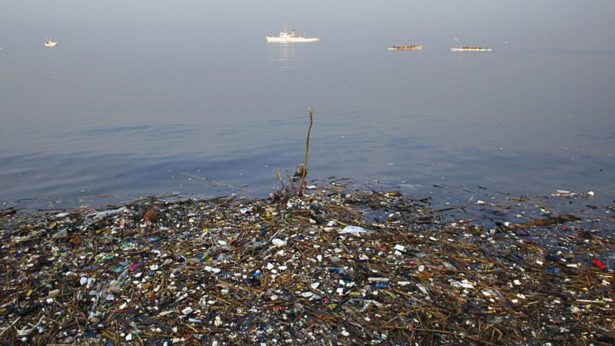 Plastic is one of nature’s biggest enemies, we all know that. But did you know that plastic pollution has gotten so bad that it formed a garbage island in the ocean? You read that right. There’s an entire area in the middle of the ocean that is covered in plastic and there’s very little that can be done about it. Worrisome, right?

Keep on reading to learn more about this bizarre and, frankly, sad topic.

Garbage Island in the Ocean – What is it?

What is informally known as an island, it’s actually a floating surface area known as the Great Pacific garbage patch that’s been growing since the 80’s. The patch was discovered in 1985 by a group of Alaska-based researchers carrying measurements for their research on neurostonic plastic in the North Pacific Ocean.

The patch was created by gyres, namely ocean currents followed by strong winds, in the Pacific Ocean. The currents trap the plastic and encapsulate it in a stationary area of the Pacific, letting it grow with time as more and more plastic is released into the water.

Though one may expect to see an infinite amount of plastic bottles, bags and various objects floating on water, in reality, the patch can’t be seen with the naked eye and is only detectable through specific measurements of water samples.

The main Garbage Patch is location in the North Pacific, somewhere between Japan and the United States, right in the middle of the North Pacific Gyre. Due to its size, it’s hard to identify where it begins and where it ends, thus it’s exact center is a rough estimate.

Garbage Island in the Ocean – Size

A lot of research has been done regarding the size of the patch, yet its precise measurements are still unknown. The main reason is visibility. Due to its very low density, the patch is practically invisible to sailors from their boats or divers, resulting in researchers having to guide their findings by sampling the water and checking for debris.

Furthermore, there is no standard to asses plastic debris concentration against. As such, it’s difficult to determine what is “normal” and what is characterised by “elevated” levels of pollutants, making the calculation of the measurements rather speculative.

Garbage Island in the Ocean – Facts

Published by Carla Cometto on 16 Novembre 2017