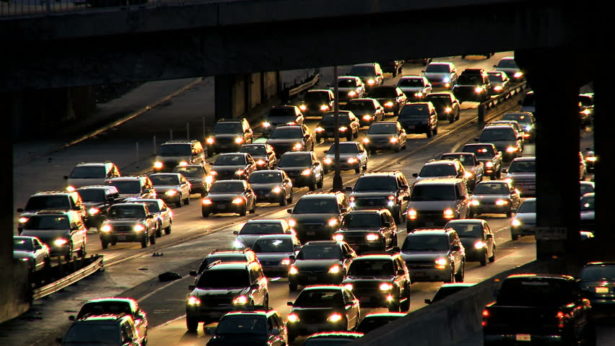 For most of us, the daily commute to work can an absolute pain. Although traffic and the long delays are quite frustrating to deal with every day, there’s one thing that should be our main concern: rush-hour pollution. Recent studies have shown that it’s a worse issue than previously thought and if left unsolved and ignored, it could lead to long term consequences to our health.
Read on to get a good background on the matter and get some advice on prevention.

When we talk about rush-hour pollution, what we mean is air pollution, which is defined as the presence of toxic chemicals as well as biological compounds in the air, at a level deemed hazardous for our health and detrimental to our quality of life.

From the moment industrialisation became a world-wide movement, the issue with air pollution began to take shape, quickly gaining a primary position on the list of problems our civilisation is dealing with today.
Though natural processes, such as wildfires and volcanic eruptions, can contribute to the dispersion of toxic particles in the air that we breathe, the leading perpetrator is human activity. Mining, construction, transportation, waste incineration, etc. are the main pollutants that, not only do they leave us without clean air, they are also directly correlated with the greenhouse effect and thus global warming.

The main cause behind rush-hour pollution is transportation. The pollutants present in the exhaust of vehicles are numerous and very toxic to our lungs as well as to our planet. These gases, such as nitrogen oxide and carbon monoxide, retain a lot of heat, and when the morning sun heats the roadways, it causes an updraft and brings all the pollutants higher up into the atmosphere. That is how the greenhouse effect works

There are several different types of toxic gases in the air while commuters are stuck in traffic, and depending on whether they have their window up or down, the A/C on or off, and on the current weather, the amount of toxins that we inhale varies greatly.

A recent study conducted in Atlanta, USA, has found that the pollution that cars churn out is a problem two times more concerning for those inside the car than for the people walking by. More specifically, it was the amount of particulate matter, called PM 2.5, that was detected in such high levels. Previous studies were less accurate due to the lack of adequate measuring tools and the admission of certain variables into the study.

PM 2.5 consists in tiny particles produced by combustion and is one of the main components of smog. Invisible to the naked eye, they are small enough to infiltrate the lungs and bloodstream and stimulate oxidative stress.

This means that when you breathe in PM 2.5, your body produces unstable molecules called free radicals, the same way an apple turns brown when exposed to oxygen. Though your body creates free radicals on a daily basis, being commonly exposed to particulate matter just accelerates the process and leads to an array of health issues.

There are a few things you can do to minimise the amount of your exposure to PM 2.5 during your commute to work.

Close your car windows. Though driving with the window down might seem like a good idea to freshen up the air inside the car, it only allows more pollutants to go in and infiltrate your lungs. Just keep them closed and protect your insides.

Turn the A/C on. Keeping the windows closed and the A/C was linked to a 30% reduction in exposure to PM 2.5. Set the A/C to a medium setting and breathe in more clean air.

If you don’t drive, then use public transportation in order to avoid contributing to the traffic and amounts of exhaust in the air with your car, or move somewhere closer to your workplace.

Published by Carla Cometto on 22 Settembre 2017