How To Make a Solar Panel 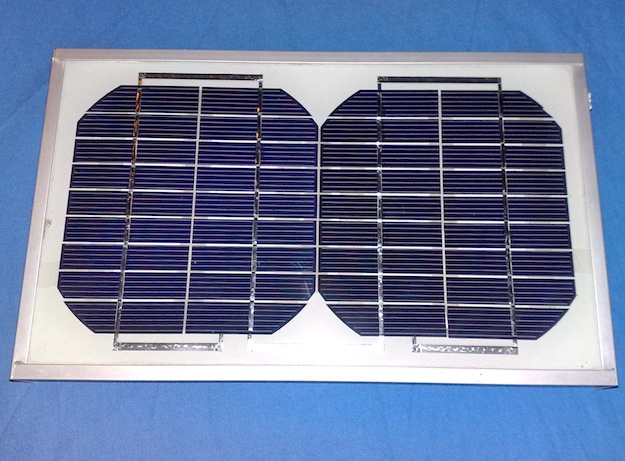 Whether you believe it or not, you don’t need to be an expert to be able to build a solar panel, the “do-it-yourself technology” that is within the reach of everyone these days. With a bit of patience, even amateurs can build a solar panel. The first thing to do is obtain all the components; for this step, portals such as Ebay can be used, but even a hardware store close to home could have everything you need. Do-it-yourself stores can be useful only if they have a wide range of products.

The essential ingredient is the solar cell; these are composed of silicon, the same material used in computer chips. A solar cell is composed of two layers of silicon, separated by a matrix of insulating material. The three layers, arranged in this way, work together to capture solar radiation and convert it into electrical energy. It doesn’t matter if you use solar cells of class A or class B; the procedure is the same.

What do we need for constructing a solar panel?

Solar cells, Plexiglas, a soldering iron or adhesive resin, wire, screws, silicone for sealing, and a frame. All these materials can be easily found at a hardware store. The cheapest solar cells are sold singularly or as several connected in series. If you buy single ones, the first step is to connect them together, taking each cell and putting them in series, from the negative side to the positive side. For this step, tin solder and a soldering iron can be used, or soldering resins.

If you don’t have a soldering iron, the resins can be a great alternative. One pack of resin costs about 6 EUR and contains two sticks; one containing the resin and the other containing the hardener. The so-called “metal binders”, in the do-it-yourself stores, are found in the “Special Adhesive” section and are appropriate for binding together plates of steel, iron, aluminum, and many other metals. Since they are so versatile, they are useful for our solar cell project. If you go to the hardware store, ask for resins to cold-bind metals together.

The time of action is 5 minutes; the cold binder is used by mixing equal parts of resin and hardener; the compound obtained will be very dense. With a spatula, the binder should be spread along the edges of the solar cells, thus allowing them to adhere to one another.


Not only do the solar cells need to be welded together, they also need to be connected using the proper wires that are often provided when you buy the solar cells. If the cells are not provided with wires for connecting them, buy a spool of electrical wire and cut appropriate lengths for the interconnections that you need to make. If you have many solar cells, you can connect a few at a time and then anchor them all together on the frame. If the solar cells are very small, they can be joined together in a zig-zag formation to reduce the amount of wire used. When you join the cells together, they should be placed face down so that you can work more easily with the wires and avoid damaging the photovoltaic side.

Once the cells have been joined, you can proceed to placing them on the frame. This operation can be carried out with the help of silicone, putting the cells in series on the frame. Wooden frames are the easiest to find, and are also the cheapest. After finishing the wiring phase, you’ll need to cover the cells with Plexiglas or another type of glass.

In the field of alternative energy, the solar panels that are the easiest to construct are of the thermal type. “Do-it-yourself” is a practice that fascinates many, and constructing a thermal solar panel all by yourself could evoke considerable satisfaction. Thermal solar panels are used for heating water. The objects used to build it are almost the same as the ones reported above, only that the base should be a real wooden box. For this, an online video from an American handyman could be helpful…

Published by Anna De Simone and translated by Raymond Bellon