Home » Food » Natural food » Carotenoids: Where to Find Them

Carotenoids: Where to Find Them

Carotenoids are substances that we often impulsively connect only with getting tan, but they have many other characteristics that are useful for our health and beauty. Without detracting from tanning and those who seek to make it last longer, we’ll see that even if we are not bothered by a pale complexion, we must keep a reserve of carotenoids in our bodies for 12 months a year.

Carotenoids: where to find them

Fortunately, they are not hard to find in nature; they are rather abundant. In plants, they are present in fruits, seeds, leaves, and roots, and also in other parts. They are lipid-based vegetable pigments, serving to capture the light not absorbed by chlorophyll and the excess light. They function as photoprotective agents.

For us, it’s easy to make stockpiles of carotenoids because numerous foods contain them in large quantities, such as vegetables; the ones most rich in carotenoids include pumpkin, carrots, watermelon, bell pepper, tomato, apricot, and melon. Generally, foods high in carotenoids are those that are orange or with a coloration between red and yellow, but we should add the various types of salad and some green vegetables such as parsley, cabbage, and other vegetables with green leaves.

They act as precursors to vitamin A (or retinol), a typical substance of the animal kingdom that is very important for our health and whose presence is linked to B-carotene. Alpha-carotene generates vitamin A less easily than the B form, but has other advantages not to be overlooked. Alpha carotene is much more effective as an antioxidant, a quality that can not pass by unobserved.

In the carotenoids, lycopene can also be found; this is a substance that has antitumor and antioxidant properties twice as effective as those of B-carotene. Studies are still being carried out to learn more about these characteristics.

Eating foods rich in carotenoids can also help to protect against pathologies and effects of aging. These substances, in fact, oppose the action of free radicals that are aggressive when in stressful situations, and also when smoking or when subject to the action of polluting agents.


They don’t only help us to keep our tan for longer, but also protect our skin from solar radiation and render our coloration more bronze during the summer. It is therefore advisable to eat them in large quantities, while paying attention to avoid developing yellow skin, especially on the palms of the hands and on the soles of the feet. 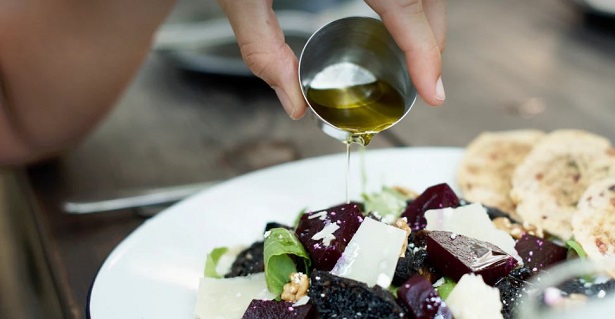 Among the most important substances for our health are flavonoids, which have a great potential when the foods that contain them are eaten fresh. If, instead, they are processed, time passes and chemicals reactions occur that degrade the flavonoids, thereby losing the benefits that would be present if eaten fresh.

Generally, carotenoids protect against the action of free radicals; therefore they have an antioxidant effect. Lutein is especially effective in the prevention of senile macular degeneration, a disease of the retina that can cause blindness.

We often hear about supplements, but let’s not delude ourselves that a rich and balanced diet is the same as taking a couple of pills every day. It’s better than nothing, of course, but to protect ourselves from premature aging and cardiovascular disease, delaying hair loss and the appearance of wrinkles, it is important to eat foods with high levels of carotenoids, such as blueberries, grapes, papaya, and citrus. It’s not such a huge sacrifice.

Published by Marta Abbà on 19 Settembre 2017